In the gaming world, collecting and stacking up coins has always been a great incentive for players.  As a player's coin-count goes up, so does their ability to progress through the game by unlocking new levels, or purchasing upgrades. But what happens to this in-game currency when the next big game comes out, or when the player beats all the levels?

THNDR Games has figured out a pretty awesome way to tackle this pain point, and is leading a new wave of game developers that are able to incentivize players with currency that can actually be used in the real world.  THNDR does this by paying out players via the Lightning Network, where they can send micro-amounts of Bitcoin, all within a matter of seconds and with very little fees.

We had the pleasure of speaking with Jack Everitt of THNDR Games, and sat down with him for a few questions. When asked why he chose to build on the Lightning Network, Bitcoin’s layer 2 scaling solution, Jack said “The reason I picked Bitcoin is because you can use micro-payments that the user can cash out instantly, whereas other financial incentive methods limit how much you can send, or how frequent you can send.” He also noted that he looked into using other solutions like Coinbase, but transaction restrictions and fees would have made things difficult.

THNDR Games has scaled to 100,000 users on their games. That means they send a lot of transactions on the Lightning Network. To handle all of these transactions, THNDR Games turned to Voltage. Voltage is a Lightning Network node hosting provider that makes it easy to run a node for any use case. By leveraging Voltage, THNDR can send rewards to all their users easily.

Ever wondered how far you can travel along the blockchain? You can find out by putting your skills to the test in THNDR’s most popular game, Bitcoin Bounce.  In this game, players bounce their Bitcoin avatar along, tapping to land on platforms while being careful not to fall into the gaps or land on any spikes or obstacles along the way!

THNDR’s newest game takes place on a Highway at sunset, in what appears to be within the Miami Vice era.  Players race a supercar up and down the strip, and collect boosts to increase their speed while avoiding obstacles along the way.

Both Bitcoin Bounce and Turbo 84 fall right in the sweet spot of being easy for anyone to pick up and play, but difficult to master. In these games, users have the opportunity to collect blue ‘tickets’ while they play. At the end of every day these tickets are entered into the THNDR Draw, which awards prizes in Satoshis.  Each ticket is an entry into the Prize Draw, so players can rack up unlimited entries as they play each day.

You can learn more about THNDR Games at their website: https://thndr.games

THNDR Games sees a high volume of transactions every day in order to payout all of their raffle winners. Their current raffle distribution for Bitcoin Bounce and Turbo 84 sends out 64,000 sats per day, in the form of 5,093 individual transactions for each game, everyday!

This high volume of transactions puts a lot of pressure on THNDR’s Lightning node, which is where Voltage comes to the rescue. THNDR runs their Lightning node on Voltage which enables them to handle all these transactions with ease and little to no maintenance.

Before using Voltage, Jack and his team had issues with managing their node. The node they ran would frequently crash due to the thousands of daily transactions.  When problems arose they were left to figure things out on their own. They wanted to create awesome Bitcoin games, not spend hours fixing problems with their node. With THNDR now running on Voltage, they don’t have to worry about node operations, so Jack and his team can focus on writing great games.

Voltage nodes are secure and online 24/7, so THNDR can send or receive payments anytime they’d like. The scalability that’s built into the Voltage platform gives THNDR Games’ piece of mind that their Lightning node will be able to handle the next 100,000 users. The transition from their old Lightning node to their new Voltage took all of 30 minutes to complete. THNDR can now build and scale faster than ever.

Jack added: “I think the main reason Voltage is good is because it just gave me exactly what I needed without all of the other features.”  THNDR switched their platform over to Voltage while they were in the midst of re-developing their payout system. They were worried about having to figure out how to properly increase server size to accommodate their evergrowing transactional volume. Instead of putting a large chunk of time and money into such an upgrade, the switch to Voltage made this transition seamless for Jack and his team.

So what effect could THNDR Games' prize model have on the gaming world?  Jack himself said it best:

The use of Lightning micropayments opens the door to an exciting new way of rewarding players, otherwise not possible with fiat currency. Lightning Network micropayments allow developers and players to send or receive as much or as little as they’d like. Transactions process instantly, with very low transaction fees.
If you’re wanting to integrate the Lightning Network into your business or app, come talk to us. We can get you up and running in under a day. Whether you need 1 node or 1,000 nodes, we can make it happen. Try our platform out for free with a 7 day trial. You can get in touch with us at hello@getvoltage.io or in our Telegram chat. Lightning is going to take over the world. Be prepared now. 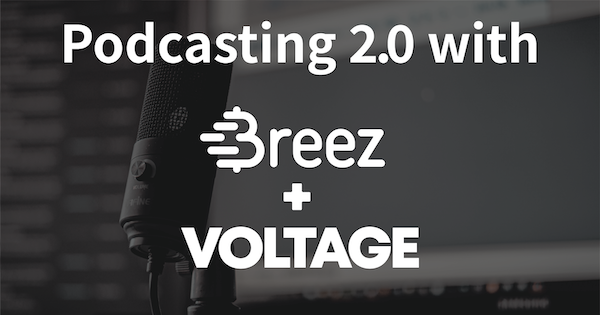 We’ve teamed up with Breez to offer a node built specifically for podcast hosts. Accept sats around the clock from listeners with a node that works just as hard as you do. 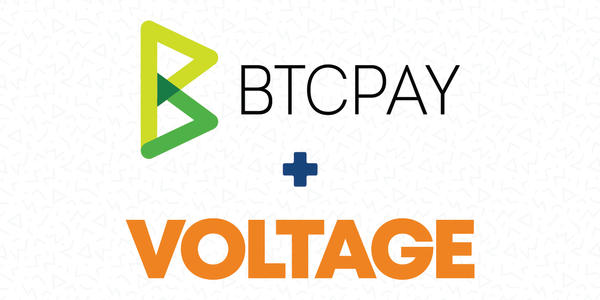 Start accepting Bitcoin and Lightning payments today with BTCPay Server hosted on Voltage. No setup, no waiting, and no transaction fees.